The other night I watched IN THIS OUR LIFE (1942) on TCM and really enjoyed it. Bette Davis is a very bad witch, narcissistic, sociopathic, all the icks. Her sister, Olivia de Havilland is so sweet and unassuming, it's like watching the battle of archetypes. 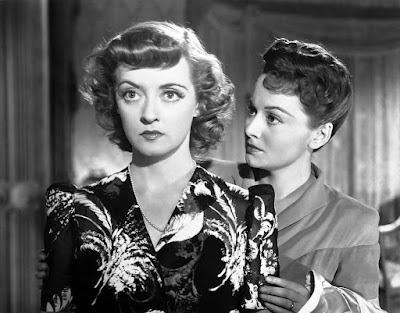 After the movie ended, TCM played SUPER FLY, and I watched enough of that one to hear the theme song and make certain Ron O'Neal was still sexy as hell, which he was. (I'd have watched the whole thing but it was already past midnight and I was turning into a pumpkin.)

And I started thinking...in cinema, we began in silent movies, with large gestures and facial expressions. From there, we moved into melodramas and broad comedies, still with larger-than-life performances. Stereotypes, archetypes, it was difficult to find a performance that represented "normal life." 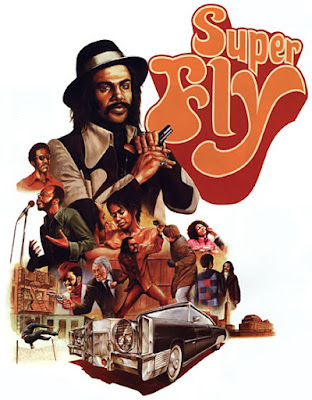 And then, technology and equipment and filmmakers intersected to make movies that felt like real life. The camera could follow Priest down the streets of Harlem while he makes a drug deal. No one's horrible, no one's honorable. They're just people doing what they have to do. Archetypes are for superhero movies.

I looked at that evolution in contrast to the evolution of visual art. Artists used to paint a tree to look like a tree. To paint it any other way would get them blocked from galleries, critics, and basically the general public.

But a handful of artists chafed at the sameness of portraits and religious/historical scenes. They took their canvases outside and started to work with the concepts of light and shadow, line, space. Like filmmakers, they wanted scenes from real life, although they wanted to paint them in the least realistic way possible. (BTW, it took them over ten years to be accepted.)

While one medium took the road from broad strokes to reality, another medium took it the other direction.

Why was I thinking all this?

Because stories. Throughout time, writers have been able to tell all the stories. Melodramatic, realistic, fantastical, experimental, we can twist and turn a story any direction we want.

Have an a-MUSE-ing day.
Posted by Gayle Carline at 6:32 PM No comments:

You still working on that fantasy thing? How's it going?

It's going...um, okayish. I thought it was going better in that it was going more forward, but it might be stepping a little back, and then leaping, kind of like that prep step a gymnast does before she launches across the floor in a series of death-defying aerials.
The trajectory I had planned was to have the first book out looking for agents while I wrote the second book. So far I've gotten about 40 rejections out of 96 queries (don't look so hopeful--many of these agents tell you up front that a non-answer from them means no), and I have the second book finished and in the editing process.
Here's the thing: Once I loosened the reins on the second book and wrote it with the same casual disregard for where it might go that I wrote the first one, it revealed a secret I didn't know. A secret I need to go back and sow through the first book.
Color me shocked.

I am reminded of my friend, Jeff, who wrote a delightful first book to a trilogy, then revealed to me that he regretted publishing the first book because there are things the story would like to do in the second book but is constrained by the first one.
Unspoken Rule #1 about writing trilogies: Finish the WHOLE story before you wander off and get anything published. I am actually now relieved that none of those agents have jumped onto my manuscript. There's still time to tell a better tale.
In the meantime, I thought I'd do a little reading aloud from the first book. This beginning probably won't change that much, and I do like to tell you a story. Enjoy.
Posted by Gayle Carline at 2:00 PM No comments: