This weekend, I'm celebrating April Fool's Day with humor. Humor is a broad topic, and very subjective. What makes me laugh may not even make you smile. It might even make you scratch your head and say, "I don't get it." And that's the worst part about humor. If something doesn't make you laugh, do you say, "Well, that kind of humor doesn't appeal to me"?

So let me define my "humor"--if you like situational comedy, full of gentle wit, centering around a woman with a family, a home, a car, and other things that like to foil her daily plans to be doing anything else, then have I got a deal for you.

This weekend (March 31st thru April 4th), I'm offering ALL FIVE of my humor books for FREE on Kindle. Yes, ALL FIVE.

I know what you're thinking. Gayle, I can only read one book at a time, and my TBR pile is enormous. Even my Kindle App is sagging from the load.

Here's the great thing about a book (or books) of essays: you don't have to read the whole book. Got some time, waiting at the doctor's office? At the curb, waiting for the kiddo to get out of school? You know if you start reading a whole novel or biography or whatever, you'll just get into it when--BAM!--"The doctor will see you now."

But you could read an essay. They say the average person reads 200 words per minute. I don't know who "they" are, but the essays in my books are around 600 words apiece. That's three minutes. In most doctors' offices, you might read four essays before you're called in. Three minutes at a time, for a complete story.

Here are the links to the books (you can also visit my brand new PROMOTION page on the website for the latest deals):

WHAT WOULD ERMA DO? CONFESSIONS OF A FIRST-TIME COLUMNIST
https://www.amazon.com/dp/B004LX0D04

ARE YOU THERE ERMA? IT'S ME GAYLE
https://www.amazon.com/dp/B005YOL7JA

RAISING THE PERFECT FAMILY AND OTHER TALL TALES
https://www.amazon.com/dp/B016TY4EPM


Pick 'em up before April 4th--you won't be disappointed!

Posted by Gayle Carline at 8:33 AM No comments:

Of pirate girls and dragon wings

And then there came the day when I was in the shower and I thought, there's not enough books about girl pirates. As usual, I thought I'd write a little diddy, perhaps a novella or a short story, about a girl pirate and be done with it. But we know that's not what happened. Not with my little lets-go-down-the-rabbit-hole, whats-behind-this-door brain.

A full-blown fantasy novel was born, a la The Count of Monte Cristo meets Pirates of the Caribbean. There was a strong-willed young noblewoman and a sexy, dangerous pirate. It was great fun, and yet...

There came a day when I was in the shower and I thought, if I'm writing fantasy, I should have a dragon. I never get to have a dragon and I've always wanted one.

Just when I was about to toss a dragon into the middle of things, my buddy Jeff Michaels showed up (talk about the winds of Fate!) and reminded me to make the dragon mean something to the story. As lovely as they are, dragons can't just pop into our stories, helter-skelter.

What I ended up with was the first book of a trilogy. Now what?

What I will take away from the experience, even if I end up self-pubbing, is an idea of what the traditional world thinks of my work and what they're willing to offer me to get it. Sometimes you want that opinion, that yardstick to measure you.

I'm getting my manuscript back from my editor in about a week (yes, I still paid a professional editor to polish my words), and I'll start the querying process. We'll see how it goes. Here's my query so far:

Lisette de Lille is not excited to be marrying a local nobleman, but she is shocked when he and his Spanish mistress sell her to the pirate Rocco instead. Rocco is ruthless and seductive, and holds the secret to an ancient curse involving dragons. Lisette will do anything to avenge her kidnapping, even if it means becoming as ruthless and as seductive as her captor. But will she pay the ultimate price, of becoming a dragon herself, to bring judgment to her betrayers, or will her love for Rocco turn her heart from revenge?

In the meantime, if you want to see some of my ideas for characters, dragons, ships and whatnot, I have a Pinterest board that might interest you. https://www.pinterest.com/gaylecarline/pirate-fantasy-novel-ideas/

Posted by Gayle Carline at 8:14 AM No comments: 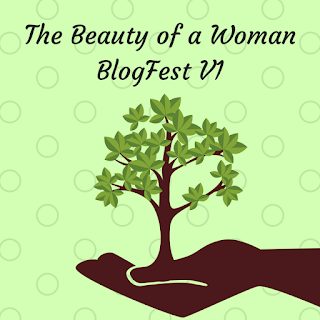 The title of this year's Beauty of a Woman Blogfest entry is taken from a book of the same name by James Thurber. He is a humorist, whom I admire for about a billion reasons, and it is his quote that I use as the name of my blog. If your sense of humor is like mine, look him up.

This post is part of the Beauty of a Woman BlogFest VI! To read more entries, and potentially win a fun prize, visit the fest page on August’s McLaughlin’s site between today and 11pm PST March 11th.
As always, I want to thank August for the opportunity to contribute to her tour, and do encourage you to read the other entries!

The reason for this is to show you all that, in anything I write, I associate many things with many things, and I cannot let my mind alone.

I was in the shower one morning and said, "There are not enough girl pirates in books." I quickly decided to write a little riff on The Count of Monte Cristo, using a girl protagonist, and having her become a pirate in order to exact her revenge.

But then my mind began to wander.

Women can be badass...or can they? We can seek adventure, be rough-and-tumble gals, thirst for excitement. We can laugh at death, just like men. Unlike men, however, we have one more primal fear: rape.

Yes, I know. Men are raped. Unless thousands of you guys tell me differently, however, I'm going to assume you don't walk down dark alleys fearing you'll be raped. Mugged, yes. Murdered, sure.

But it's us, the females, who have that small muscle in our gut that's always strung tight. It's that fear, That Fear, that keeps us from walking down the dark alley. We may be more afraid of being sexually assaulted than of being chopped into pieces.

My heroine, Lisette, is sold as a virgin to the pirate Rocco. I wanted her to be a bold, stubborn noblewoman, in a very fictional version of the 16th-century Caribbean. How do I handle THAT FEAR, and make her run toward danger, or at least stroll confidently in its direction?

I began by dismantling my own beliefs, my own fears, my own hangups about a woman's body, about virginity, and about how important physical touch is, in terms of utilizing all of our senses.

Once she is kidnapped, Lisette starts to question her virginity. Why is this such a sacred thing? No one waits for that special moment to say their first word, take their first step, eat their first solid food. You're ready to do it, so you just start. Why is that part of our real estate such hallowed ground, that we protect it and wait for The Right Someone (and in ye olde days, showed the stained sheets as proof on our wedding night)?

She begins to wish she was not a virgin anymore. In her words, "Just get it over with." Unfortunately, Rocco has some secrets of his own. Taking her as a lover is not exactly on his to-do list, at least not that he freely admits.

It doesn't stop her from exploring her sexuality. As she matures, she wonders why sensuality is such forbidden fruit. At one point, she asks, is it such a sin, to crave a man's touch more than, say, to enjoy a delicious meal or hear a pleasant tune?

Even as she questions what she's been taught, and rejects most of what she's learned, she still manages to experience sex on her own terms. As with many stories, she falls in love, it's complicated, and I expect it will have a happy ending--eventually. Did I mention my little riff grew up to be a trilogy?

Perhaps I let her off easy. The story is strewn with the bodies of men who try to rape her and fail. Perhaps I should have let one succeed. It is the reality for many women. As the writer, I would get to examine what kind of steel Lisette has in her backbone if she does not win one of these fights.

But this is a fantasy. My excuse is that I want her to be strong and smart and independent, and fight for what she believes, and win. I want her to embody that warrior in each of us. And a piece of me wants to open that introspective door in other women's minds--what do you really think about touch and sex and your body?

She's a pirate, yes, but in a way, she's also a superhero. All because I can't let my mind alone.

PS. I have completed the first book of the trilogy, a historical fantasy. Or perhaps it's a hysterical one--time will tell. It's currently in that state of Artistic Limbo: in the editor's hands, trying to be a book, while the Author and Editor decide whether to query an agent, look at small presses, self-pub, or toss the whole thing in the nearest bonfire. Wish me luck. Better yet, wish me the strength of a girl pirate.