I got new blooms budding

I once heard Willard Scott say, "When you're green, you're growing, and when you think you're ripe, you're rotten." 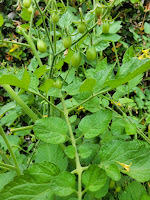 I probably put too many commas in that sentence, but it's a sentiment that has stayed with me and I believe its truth. The most ageless senior citizens I know are the ones who are always learning new things, re-examining life, and capable of being amazed.

What does that have to do with the release of my fantasy series?

In getting the three books ready for consumption, I've had to write the dreaded synopsis of each book, and a synopsis of the trilogy. It's true, the majority of authors can write 70-100k masterpieces and yet balk at writing 250 words to sum up the story. I'm definitely in that group.

Part of my difficulty is deciding how much to divulge. My fantasy holds secrets about the humans and dragons that I'm not certain I want to reveal immediately because I'd like the reader to be surprised. Hell, I was surprised when I wrote it. 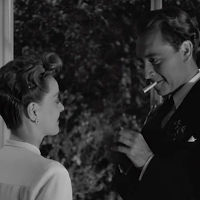 But then I sat down one afternoon to my usual TV addiction, Turner Classic Movies. They were showing the original trailer for "Now, Voyager," one of my favorite films. I'd seen the trailer before, but as I watched it again, I realized that they showed the entire film within the two-minute teaser, using a snippet of scenes from the whole movie. It dawned on me that many of the older films did this, showing pieces of the entire story, beginning to end.

My first thought was, "Why would anyone go to these films now that the whole thing's been revealed?" And then I understood why it worked.

If I had never seen the film, I'd still watch it because:

1. These snippets have no context, so I'm just watching six seconds of dramatic dialogue or a fight or struggle--or even a humorous entanglement, and

2. If one of those snippets is at the end of the film, you can bet I'm going to watch for that scene. (Spoiler alert: The very last line of "Now Voyager" is in the trailer!)

A light bulb moment for my trilogy. I'm not saying I'm going to tell the whole story in the synopses. But I'm no longer worried about what I conceal and what I reveal, as long as what I reveal tempts a potential reader into picking up the book and turning the page, then looking for Book 2. Rinse and repeat for Book 3. 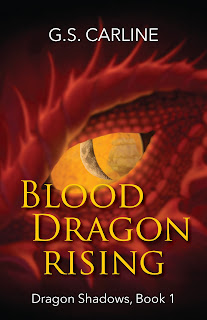 Would she be able to kill him? She imagined trying to run the knife into his body. There would be but one chance. If she hesitated, it would be worse than if she never tried.

As she reached for the potato, she looked up to see the captain standing over her. She froze as she met his eyes. They were deep blue and set in a sharp, tanned face. Dark curls framed his shaven cheeks and a short goatee encircled full lips. His muslin shirt was open, revealing a curious amulet tied around his neck with a dark cord. A golden hand with folded fingers and a heart in the palm—protection against the Evil Eye. The heart was inlaid with a red stone.

She had expected an older man, grizzled, and scarred from battle. While mature, he was muscled and good-looking. And stupid and cruel, she reminded herself. And beneath her. A pirate.

She met his glare with her own regal sneer. “Thank you, Captain. I was quite hungry.”

He picked up the pitcher and poured its contents into two goblets. “Rum?”

“Yes, please.” As she extended her hand, he moved the goblet away. She stood and reached again, and he continued to step away, keeping it just out of her grasp. The entire time, his eyes never left hers.

Pining for drink, she continued to follow him, staying a cautious distance away. As he gazed at her she could feel heat rise in her chest, the blush spreading up her neck to her cheeks. No man had ever dared to stare at her thus, not even Eric. The corners of his eyes crinkled, no doubt at her embarrassment, though he did not smile.

At last, she stood by the window with him. The harsh midday sun exposed everything without shadows. Still staring, he handed her the rum. She took the goblet and moved back before taking a small sip. It burned but it also quenched.

He stretched his arm in a wide gesture. “Mademoiselle, welcome to the ship L’Implacable.”

“The Merciless.” Lisette nodded. “A fitting name for a pirate ship.”

AVAILABLE IN KINDLE AND PAPERBACK OCTOBER 7, 2022

Posted by Gayle Carline at 8:13 PM No comments: