The Christmas cards have been mailed to as many addresses as I have collected. I began writing a Christmas letter when Marcus was around six, I think. I realized I was writing the same news in each card and decided, hey, maybe I could write a letter instead.

Little did I know it was a gateway drug to my career as a professional writer.

But for those of you who have not given me your address but want a card just the same, here you are: 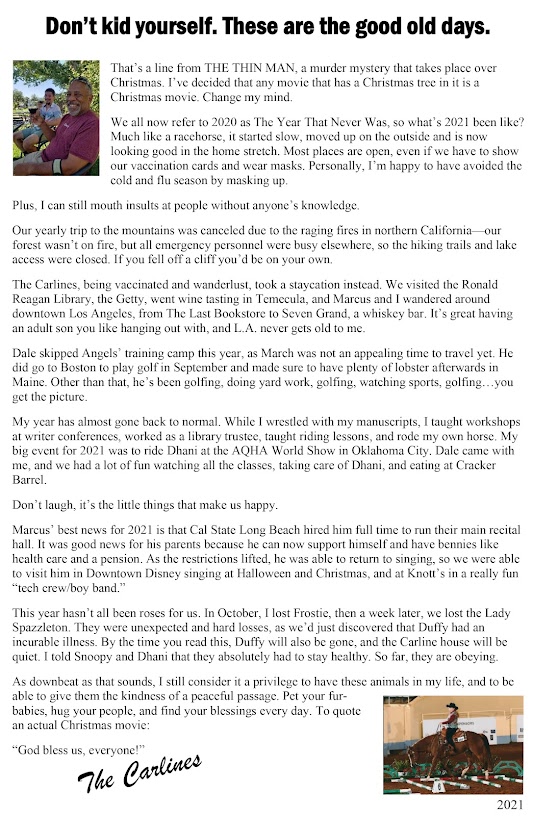 Merry Christmas to all, and to all a GOODnight!

Merry Christmas, Gayle! Hugs to all of you!

I'm giving gratitude to Mr Pedro for all of his help in securing our loan for our new home here in Fruitland. You were organized & thorough & professional, as well as kind which made all of the difference in our interactions with you. We put our trust in you and you most definitely came through for us. Thank you for your patience as well as treating us as people rather than just home loan customers. You stand above the rest, I want to recommend anyone here looking for loan or investors to contact Mr Pedro and his staff because they are good people with gentle heart,Mr Pedro Email Contact : pedroloanss@gmail.com

Regards,
John Burley! Our hats off to you!!"