Raymond Strait, a writer I met at the Southern California Writer's Conferences, once told me that all the stories we tell are a little bit autobiographical. He may be right; even when we are writing about other people, we pour so much of ourselves onto the paper, it's hard not to mix a little of our spirit in with the words.

Writing fiction always begs the question: is the author living vicariously through their protagonist? 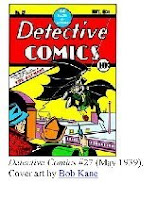 In other words, is Peri Minneopa my alter-ego?

Yes and no. Physically, we are nothing alike, except we are Caucasian. I am a petite redhead and she is a tall blonde. We've both been married three times, but I'm still married to my third husband, quite happily so. We are both impatient and stubborn, and get cranky when people are stupid; the difference here is that Peri has less filters to stop her from saying what she's thinking.

For example, it's become very common when I go to the grocery store, for people to think that the crosswalk markings are some kind of force field that will repel any car trying to enter their space. As I creep into the parking lot, driving so slowly the needle doesn't even register my speed, a shopping cart will barrel out in front of me, pushed by a clueless person. They can be male or female, usually on a cell phone, and always with their back to me.

Here's the difference between Peri and me: I slam on the brakes and give them my best "you idiot" stare. Peri would slam on the brakes, lay on the horn and yell, "Get out of the way, you moron! If I hit you I'll have to clean up the mess!"

Peri argues with authority and fights with her boyfriend, Skip, too. I have to believe that I'm absolutely correct in order to challenge people. Peri only has to think she's possibly right in order to debate someone. She tries to be tactful, but she can only hold her tongue for so long.

So does this mean I'd like to be like Peri? Not really. I like her, would be friends with her, but I don't want to be her. I like my third husband. And I like knowing when to shut up - I think that's a valuable skill.

If you're a reader, who are the characters you like to live through? Who would you trade places with, if you could?

I like Peri! She can yell at those idiots. We all need an alter ego, I think.

Good post, nice visuals, and nice the way you asked a question at the end. My lead characters are to varying degrees autobiographical also. And ALL my characters are drawn from real life experiences and people I've known - although sometimes they are an eclectic synthesis of several people.

I absolutely adore this post. One of the things I love about fiction is that characters often say and do things I would never do. I am learning so much about fiction writing from all of you in this blog class. Maybe I'll start that novel that's been rolling around in my head for 20 years.

I really like this post. We all encounter those clueless idiots on the cell phone that think the world is supposed to get out of their way in spite of the fact that they are (fill in the blank) jay walking, pulling out of a parking place or into traffic because they are on the phone and not paying attention... I also tend to let it go with a nasty look.

Characters in my books are often based on real people but usually with a significant addition (or deletion) of a particular personality trait, or sometimes a hybrid blending of what I imagine two personalities blended into one character would be.

I didn't think I had anything in common with my main character until someone pointed out that we both were creating new identities for ourselves. It was an eye opener for me! But it was true – by becoming a published author I’ve been forced to change from 'retired tourist' to professional writer.

I try very hard to NOT let what *I* would do creep into protagonist actions. I simply try to use logic and reasoning to determine what the average person might do in a given situation, then tailor that to my character's profile and history of action so there's some consistency.
Galen
http://Galenkindley.com

My main character in The Advocate, Sabre and I shared the same profession and had a lot of the same experiences in court, but aside from that we are quite different. She's younger, prettier, taller, and probably a little smarter than I am. So, maybe I do want to be more like her...at least the younger part.

I love alter egos! I always see the world through the characters I'm immersed in at any given time. It's so much fun playing with new personas. I don't know why anyone wouldn't love to write!

Not only are our writings autobiographical to some degree, they also allow us to get some cheap therapy. It's very therapeutic being able to tell the jerks what you really think of them without having to suffer the consequences in your real life.

I really enjoyed your post! My main character in my August release is part me, part my grandmother (the character's bad traits are all mine, though.)

Sometimes it can be really cathartic to have characters do things that we either can't or won't do in our own lives.

My character, Lady Eve Marlowe, is a dancer...something I pursued professionally. So, yes, I believe we do tend to draw from our experiences when we create our characters.

I'm casting another vote for Peri! She sounds like a great character...

For my Silver Rush series, I draw on the people around me (!look out, co-workers! ;-) ) for character traits. I also draw on the "people of the times" from autobiographies, biographies, letters, etc. etc. And some of it, I'm certain, comes from within, but it all gets mixed up together.
I'm not my protag, Inez Stannert, that's for certain. I can't drink like her, can't play poker as well as she does (wish I could, though, or am I as quick on my feet or with a snappy comeback. But it's fun to live "vicariously" through writing about her!

Galen, Yes I see a little of myself in all my character. My many of my characters are who I would like to grow into. The quality I most value in myself that I put in my character is integrity.